Upbeat Mood but Uncertainty Ahead

The Hilton Hotel at Union Square in downtown San Francisco hummed with energy as more than 3,300 life sciences professionals converged for the ninth annual Biotech Showcase during the second week of January 2017. Held at the same time as the annual J.P. Morgan Healthcare Conference, neither stormy weather nor flight delays kept people from converging in San Francisco for a frenzied week of activity.

Besides checking out some of the 335 company presentations, Showcase attendees had a busy three days of meeting with people for potential global partnering opportunities, finding out the latest developments in the industry at many of the workshops, making the rounds of a growing number of networking receptions, handing out business cards, and repeating their company’s pitch to anyone who would listen.

Although 2016 was a generally down year for biotech as compared with the previous three years, it was hard to tell by the upbeat atmosphere at the Hilton lounge. For those who wanted a more relaxed place to connect, there was the much quieter lounge at the Parc 55 Hotel, the venue for the Digital Health Showcase and the Medtech Showcase, which were held in conjunction with the main event.

Appropriately, the final workshop to close the conference was a look at what lay ahead for the biotech community, from the perspective of journalists, the storytellers of the industry. Moderated by leading biotech analyst Barbara Ryan, who now heads her own firm, the panel included Caroline Chen, health reporter for Bloomberg News, Adam Feuerstein, senior columnist at TheStreet, and Luke Timmerman, founder and editor of the Timmerman Report.

“I like to call J.P. Morgan the Woodstock of biotech investing,” Ryan said, observing that it sets the tone for the year. “It’s speed dating.”

She said that everyone at the conferences says it has to be a better year than last year, because last year was so terrible. Still, the journalists noted that the word most industry professionals used to describe their feeling about the year ahead was “uncertainty.” The pulse is hard to take.

Just that morning, then President-elect Donald Trump had held a press conference where he complained about the drug industry and promised bring in the federal government to slash prices: “Our drug industry has been disastrous. They’re leaving left and right. They supply our drugs but they don’t make them here, to a large extent. And the other thing we have to do is create new bidding procedures for the drug industry. They’re getting away with murder… We’re the largest buyer of drugs in the world, and yet we don’t bid properly. We’re going to start bidding. We’re going to save billions of dollars over a period of time.”

There are lots of things up in the air, ushered in by the Trump administration. No one knows what will happen if and when the Affordable Care Act is repealed, Chen said.

“Everyone recognizes that (the drug pricing issue) is out there and that is the risk and uncertainty of this year,” Feuerstein said. No one has a clear idea about what is going to be done about it.

Although the industry skipped a beat after Trump’s announcement, Timmerman said, “What did you expect from Trump?” Biotech stocks rose after Trump’s win in the election but Timmerman thinks Trump will continue with belligerent and vague policy proclamations: “Buckle your seat belt; it’s going to be turbulent.”

Most big companies have already given guidance for the year and are optimistic about the potential for tax reform and repatriation of cash held outside the country. What they will do with the money, however, is uncertain. Because strategy is already set, Chen said that they wouldn’t use it to buy a company that they would otherwise not have bought.

Ryan agreed that tax changes won’t drive strategy. M&A activity was down in 2016 as buyers found valuations of public companies were too high, she said.

But private companies are more optimistic, Timmerman observed, and venture funding continues to be near historic highs.

Even with the number of IPOs down for 2016, the rate was not bad, Chen noted. “The flip way of looking at it is that 2014 and 2015 were the outliers and we got a little spoiled…It’s just a resetting.”

All agreed that the elephant in the room is the lack of transparency in drug pricing. While Chen said she was surprised to see drug makers giving guidance about price increases and limiting them to single digits, Feuerstein said pricing is still not transparent: “When pressed about particulars, they won’t/can’t tell you. Ultimately, if we question them more, they might become more transparent.”

The industry is becoming more divided on the issue, the journalists agreed. Feuerstein likes to meet CEOs at bars. The younger crop of CEOs, those who have the freedom to not yet worry about drug prices because they don’t yet have drugs on the market, are very critical of the industry, but they don’t want to speak on the record, he said. “They don’t like the way industry elders have dealt with the issue and they want change and more transparency.

Timmerman thought the industry’s slow-footedness in changing may be a liability going forward, especially in light of “the new guy in the office.”

While the industry has done so much good in saving lives, communication is a huge problem, Ryan said.

Rational arguments don’t work for emotional issues, said Chen. And Feuerstein chimed in with, “The industry does a lot of stupid things that it is getting called out on now. Their solution is to run more ads.”

The panelists also mused on the many immuno-oncology trials now underway, safety liabilities of cancer therapies, the humbling complexity of the biology, and gene editing and ethics. They then turned the conversation again to costs of new therapies.

“Some of these things will challenge the payer system,” Chen said, expressing frustration. “If you have a gene therapy, that’s one and done. How do you pay for that? I’ve talked to insurers and they say we don’t have a system for that. I ask, what are you going to do about it? They say, oh, it’s really hard.”

Ryan suggested it could be handled like a mortgage that would be financed over time. But the models don’t exist. And if paid over several years, will it allow the patient to change their health insurer? No one knows.

The test case, Gilead’s Sovaldi therapy for hepatitis C, sent insurers through the roof complaining about its cost, even though as a cure, the price tag would just be a quarter of what it would cost to deal with a diseased patient’s chronic health issues.

Finally, the conversation turned to the Food and Drug Administration, who its new head might be, and the controversy around the FDA decision to approve Sarepta’s new drug for Duchenne muscular dystrophy and the role patient advocacy played in the approval. The panelists were in agreement that the decision was a one-off and there was little chance it would be replicated. However, they saw a role for other communities to follow CureDuchenne’s lead.

Chen said she had talked to companies that were working with the patient community to find out what they wanted to see out of a drug and building that into secondary or exploratory endpoints in trials.”

The panel ended with a brief discussion of Alzheimer’s Disease, an area of great unmet need where the biology has been very humbling. “We will probably all be writing Alzheimer’s stories this year, guaranteed,” Feuerstein said.

MORE on this panel plus video: Biotech reporters look ahead 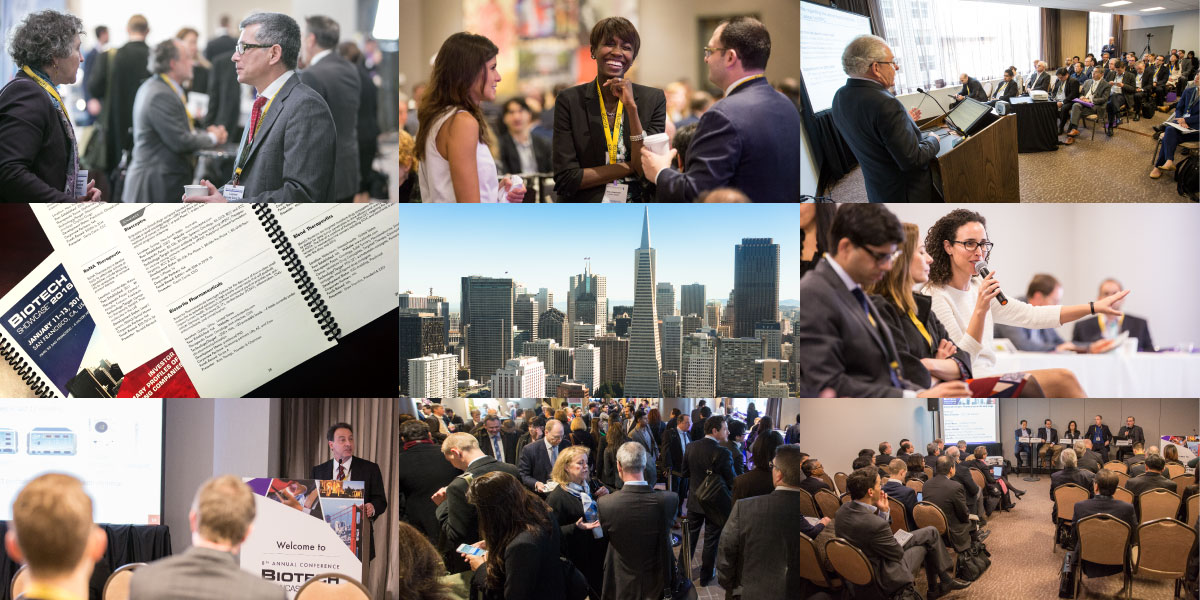